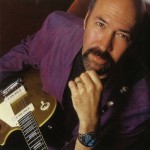 When you think Texas blues-rock, you think Van Wilks’. There are few names that have lasted and flourished within the Texas music scene like Wilks. Fads come and go, but Van Wilks is here to stay, as evidenced by his latest release, 21st Century Blues.

Like the steam engine on the cover, 21st Century Blues, his first studio album in 10 years, is a powerful beast that keeps on rolling from start to finish. Recorded at studios in Austin and France, 21st Century Blues is the real deal. This diverse collection of songs highlights Wilks’ impressive guitar styling with his striking lyricism to create a contemporary blues-rock masterpiece.

As Wilks says, “This is not a typical “blues” record. This is “MY BLUES” and even though the songs jump from one feel to another the common thread that holds it all together is my guitar. It’s just that ‘Low Down, Wound Up, Rockin’ Texas Blues.’”

The lead track, “Strange Girl,” lets you know from the onset what kind of album 21st Century Blues will be. With its fiery guitar work and cutting lyrics, “Strange Girl” bridges the gap between the blues-rock of yesteryear and contemporary rock, leaving the listener wanting more. Van Wilks does not leave us waiting, as the following track, “Drive By Lover, ” co-written with long time friend and ZZ Top member, Billy F. Gibbons, delivers an inexplicably Texas fueled performance dripping in blues guitar goodness.

As described by Wilks, the path to having “Drive By Lover” on the album was long and winding. “We played around with the idea for years in late night hours at my house on Elizabeth St. in South Austin. It was forgotten until Billy asked me if I could revive it or even remember it! I sent him a few vignettes from a barely working cassette and a few hours later he played me the track from a LA studio. ‘Whip up some words, Dusty’s ready to give it a go’, he said. So I put the pen to the paper and the, long in the making, tune ends up on ZZ’s ‘La Futura.’ Billy came out to the studio and we “messed it up” just right for my take on our tune.”

Just as you feel you have 21st Century Blues figured out, tracks like “Just Walk Away” and “There’s A Sin In There Somewhere” emerge to reassemble the listeners’ image of Van Wilks. “Just Walk Away” is a slow ballad that creates an atmosphere that draws the listener in and allows them to connect with Wilks on a level that transcends music. After listening to “Just Walk Away,” one would think Dan Auerbach took a page from Van Wilks’ book, as the comparison is only a natural one.

One of Wilks’ favorite tracks, “There’s A Sin In There Somewhere” is a 6-minute tour de force that is truly a tale of two songs. The track begins with the crackle of a vinyl record, paying homage to the greats that came before him. Soon, a slick, 1929 Dobro lick emerges, accompanied by the stomp of Wilks foot, his robust voice, and the continued crackle of vinyl. Once you begin to settle into the song, a roaring electric guitar vaults you from your seat, bringing the song into the 21st Century. Wilks flexes the guitar muscle he is known for, filling the song with incredible solos. Overall, “There’s A Sin In There Somewhere,” reminds you why Van Wilks’ music is built to last.

Born in Galveston, TX, Van Wilks began playing guitar at a young age as a youthful refuge while his family constantly moved around Texas. Influenced heavily by the British Invasion, Wilks began to hone in on his sound early on. He moved to Austin in the early 70s, a time when guitar was defined by volume and power. Combining previous influences and his own style, Wilks brought his guitar muscle and class to the people of Austin through his popular band, Fools. Wilks’ distinct and unique ability caught the attention of many notable industry names, including ZZ Top manager, Bill Ham. In 1979, he signed with Mercury records and released his first record, Bombay Tears, in 1980.

Since his first release, Van Wilks has built an illustrious career that includes six solo albums, one live album, and multiple globe-spanning tours with acts such as ZZ Top, Heart, Van Halen, Journey, Aerosmith, and countless other. His career has led him on a scorched earth path from Texas to Moscow, the Virgin Islands to India, and everywhere in between. Along with that, Van Wilks was featured on ZZ Top’s Live at Montreux Jazz Festival DVD.
Throughout the years, Wilks has acquired an impressive trophy collection, winning multiple Austin Music Awards, being voted best electric and acoustic guitarist in the Austin Chronicle Readers Poll, and being inducted into the Texas Music Hall of Fame. In addition to that, Wilks guitar prowess has been featured on albums such as the Geezinslaw Brothers’ The Eclectic Horseman (w/ Willie Nelson), The Texas Christmas Collection (Duet w/ Eric Johnson), Texas Guitarslingers Volume I, Double Trouble’s Been A Long Time, and KLBJ-FM’s Local Licks.
Van Wilks credentials highlight his successful and storied past. 21st Century Blues lets us know that Van Wilks will continue to be a trendsetter that is here to stay. 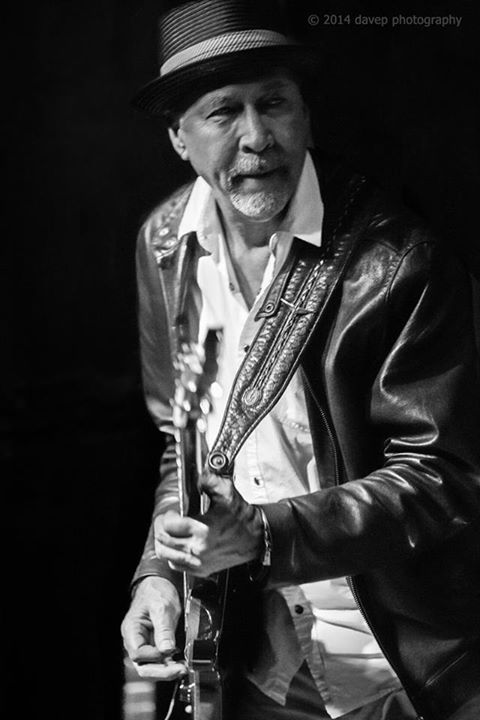